History of The Hall

After several attempts, our community succeeded to acquire its own community center.

Pierakis and Augusta Mitsides
In 1983 a committee was established that comprised of: Sotos Michaelides, Charalambos Stamboulia, Dimitri Dimitriou and Michael Sava. The committee applied in the architectural Archtection, to prepare plans for a Community Hall and also petitioned at the City Hall Bristol for a financial grant. The application was made every year until 1989. In June 1989 our Community acquired the land west of the church with the help of the Minister and MP of our area, Mr William Waldegrave and the generous act of buying and donating the land to the church of family Pierakis and Augusta Mitsides. The plot was united with the rest of the church and was fenced with the help of the Philoptochos and the School and became a playground for our children.

In June 1993, at the feast of the Apostles Peter and Paul, the Archbishop, Mr. Gregory, along with Mr. W. Waldegrave inaugurated the space.

In September 1997 Mrs Antonia Hilton (professor at the University of the West of England) and secretary of the school committee, presented ways that we could be given grants from the National Lottery Charities Board. The President of the Community, Athanasios Lazarides and Treasurer Mr. Vassos Soteriou, undertook the study and completion of this process In December of the same year the first positive response came from Ms. Mandy Stewart (Grant Officer) who visited us at the church office and discussed what we included in our application.

On March 25, 1998 we were informed that we were granted the cash grant of Â£ 193.000. to build our Community hall. Immediately a special committee was appointed to promote and complete the project, which consisted of members of the existing committees (Church, School and Charity) as well as other community members who were able to help for this purpose. The committee members were: Athanasios Lazarides , Vassos Soteriou , Michael Michael, Andrew Nicholas, Hector Stamboulieh, Polyvios Polyviou, Peter Randall, Sotiris Georgiou Nicholas Christodoulos, Joanna Stamboulieh and Gioula Panagiotou. Father George attended all the sessions of the Committee. By unanimous decision of the committee, the work was given to the architecture firm Symonds. The company made three designs from which one was selected and subsequently it was sent to five known contracting firms for quotes. Finally the work was given to the company Elliots, for the sum of Â£205,000. 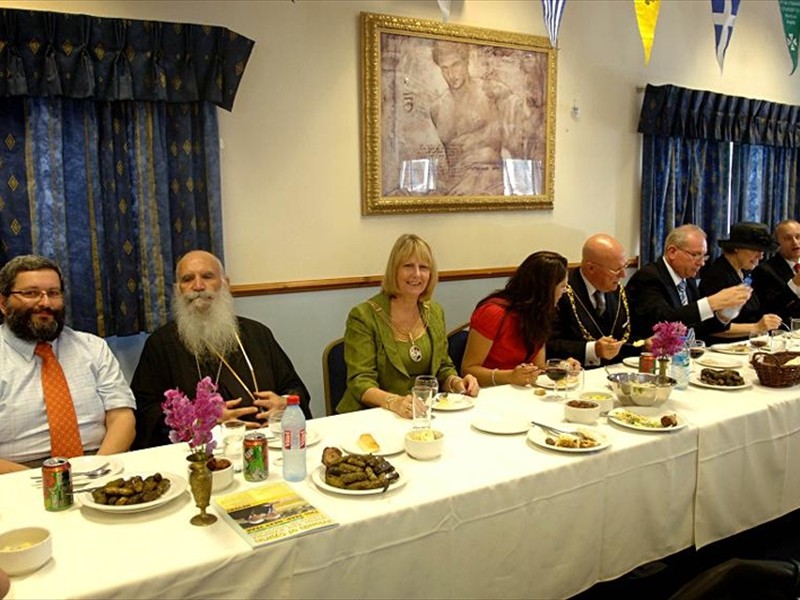 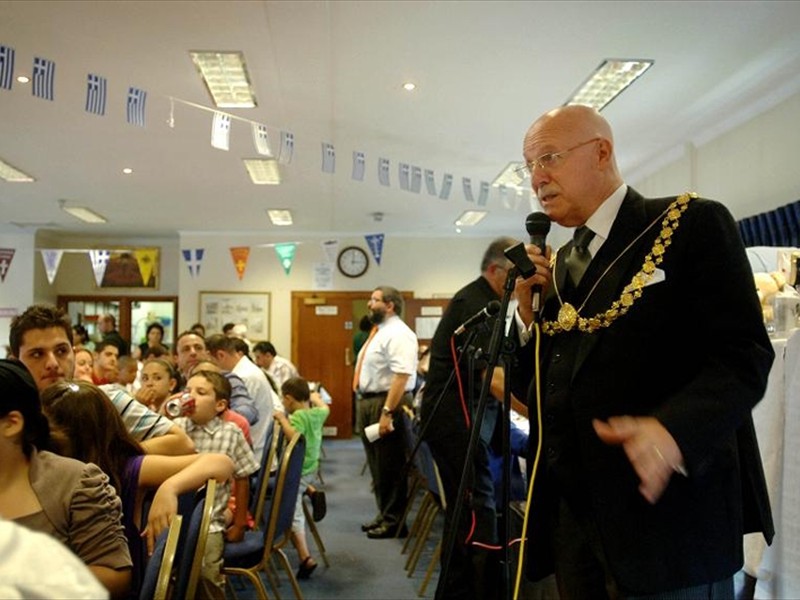 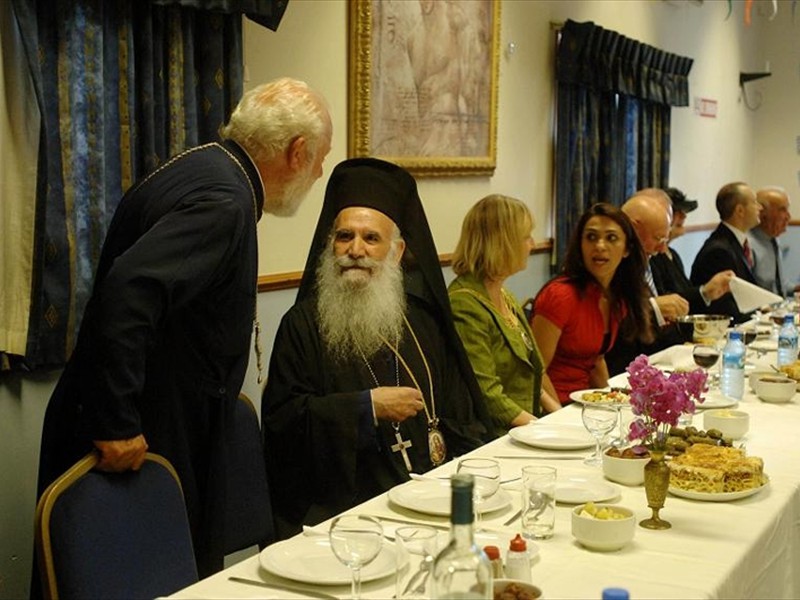 On 26 May, 1999 permission for building was given by the Committee of City Planning Department.

In September 1999, the work was abandoned, because in the foundation many old ruins were found and the excavators had to reach a depth of three meters to find solid ground, instead of one meter. New designs were also created.

The Community Center was completed in December 1999. On 12 December, 1999 the Christmas school feast took place there for the first time.

The Community Center is 240 square meters and has a capacity for more than 230 seats. To equip the center, along with cash grants received, a fund raising took place among the members of the Community that brought the amount of Â£26,000. The Republic of Cyprus also gave the sum of Â£5,000, the Bank of Cyprus, the amount of Â£1,000 and the New Year Lottery (Millennium Draw) Â£6,000. With this money we bought tables, chairs , a dance floor and build a bar and a kitchen.

The Community Center was once a dream for our community but today stands before our eyes a reality. The old buildings of the church and the school are to enrich the modern new Community Center, located beneath their shade to give continuity and life to the younger generation.