Between 1951 and 1958 many efforts were made to establish a Greek School, but none of them flourished were successful. In 1958, thanks to the coordinated efforts of community priest Archimandrite Eirinaios Athanasiades and Mrs. Marika Matthew the Greek School of Bristol began to operate on a regular basis, the first teachers being the Archimandrite and Mrs Matthew themselves. The very first official informative invitation, aimed at parents and members of the local community, to the first well-organised Christmas celebration of a fully functioning Greek catechetical school can be found in the official School records of that time.

1958 – Download Document
After our community was granted its own church building in March 1959, our School found a new home in the Orthodox church of St Peter and St Paul. That same year a new branch of the Greek School of Bristol was founded at Weston â super â Mare (where 30 -40 families resided). This was housed at the Kingâs Fare restaurant which was kindly offered gratis by Mr Charalambos Orfanides and catered for about 10 children.

1960 – Download Document
In 1962 the School advances even further as, in addition to the teacher and the new community priest Archimandrite Eirinaios Vasileiou two new ladies offer to join and help, sisters Vasiliki and Alexandra Nikolaidou and Aglaia Hill.

It would be an omission not to mention the moving offers of many of our fellow citizens. In particular, as reported in the weekly church newsletter dated October 7, 1962:

âAt the beginning of the school year the president of the Church Committee Mr Panagiotis Michailides donates a new van to our community, to assist in the transportation of students to the school. Also Mr Georgios Vous kindly offered to grant the use of his car every Saturday for the same purpose.
Mr. Antonis Morfities kai Mr. Kenneth Boulton offered to provide means of transportation for the children living near them. Mr Adamos Michael granted the use of a room at Hardingâs restaurant at Weston-super-Mare for teaching purposesâ.

Despite several fluctuations over time the number of students attending the School during the 1965 â 1966 school year reaches 64 (47 in Bristol and 17 in Weston-super-Mare). During this time the Weston-super-Mare branch is transferred to the Rozina restaurant, owned by Mrs. Vasiliki Mina.

1964 – Download Document1964/2 – Download Document
1967. The new priest Father Thomas Tsevas works to transfer the School within the premises of the English ST. Gabrielâs High School, located in the city centre to accommodate the parents. The fluctuation in the student number continues, and as official School records show, in 1968 it drops to 38 in total in both schools.

1968. A low number of students is observed in the School founded in 1958. The necessity for a complete reorganisation on new strong, dynamic and effective ground becomes clear. This new restructuring of the School was thought out, undertaken and successfully materialised by a six-member Committee headed by priest Nikodimos Velalopoulos.

Thanks to the efforts of Mr. CHaralampos Stamboulieh, Teacher of Economics at Filton Technical College and Head of the Greek School of Bristol, the College grants its Language Department to house the Greek School of Bristol without rent or other additional expenses (gas, heating etc). Therefore the School is transferred and begins to operate fully on February 1, 1972.

From 1974-1979, when f. Loukas Michaelides was the priest, the School is transferred to Redland College after the suggestion of Mrs. Aglaia Hill. She was appointed headmistress and taught with 5 other teachers, from which Mrs. Maria Terezou-Savva was distinguished for her valuable services. The number of the children rose to 85. Besides the teaching of Greek language from new text books sent from Cyprus, there were many cultural activities (with dances, plays, sonds and Greek film shows) and entertainment (football at the Downs with Mr. Alf Hill).

The first school magazine was issued then, called âThe Greek School Chronicleâ and school certificates were issued at the end of the year.

The year 1982 the School is able to operate more effectively â 5 days a week â and the children are better accommodated to attend lessons according to their individual level and ability on a particular day.

And so, since then we have a large number of students achieving âOâ levels and âAâ levels in Modern Greek, something that helps them significantly in their further academic education. Another achievement is the running of classes for adults in our school, for those that need and /or want to learn Greek, regardless whether they come from mixed marriages, are Greeks or of other ethnicity. Following actions from our community from 1986 until recently we had one teacher from Greece and one from Cyprus and that helped to accommodate, unite and reconcile us even more.

The financial crisis though and the difficulties the Greek government is dealing nowadays had an impact to stop funding for a teacher from Greece.

To the present, the school is enjoying the support of old members of the Greek community as of young people, some of which offering their services voluntarily on a regular basis. It is accommodated in a comfortable area with all modern facilities and means for teaching.

We would also like to express our immense thanks and gratitude to our two mother Countries for their support and contribution over the years.

This is, in a few words, the story of our School. Moving, dynamic, fruitful.

And so we are all called, each from his own place and to the best of his ability, to support, to help. That way our School will live, will go further ahead and will flourish even more. 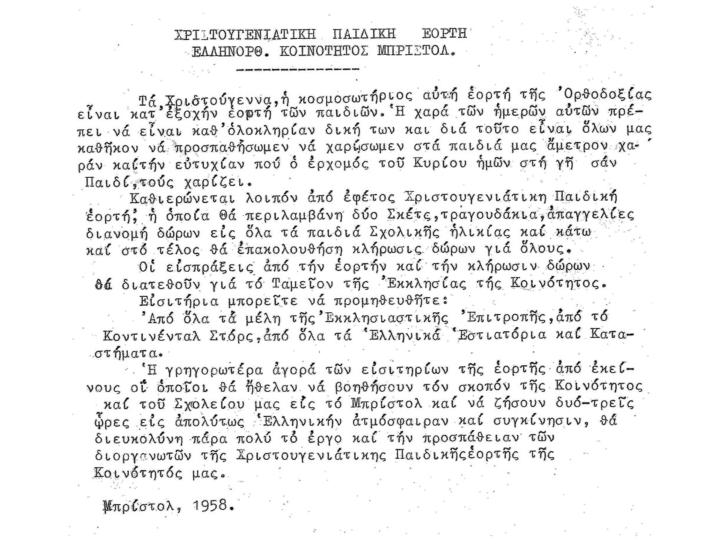 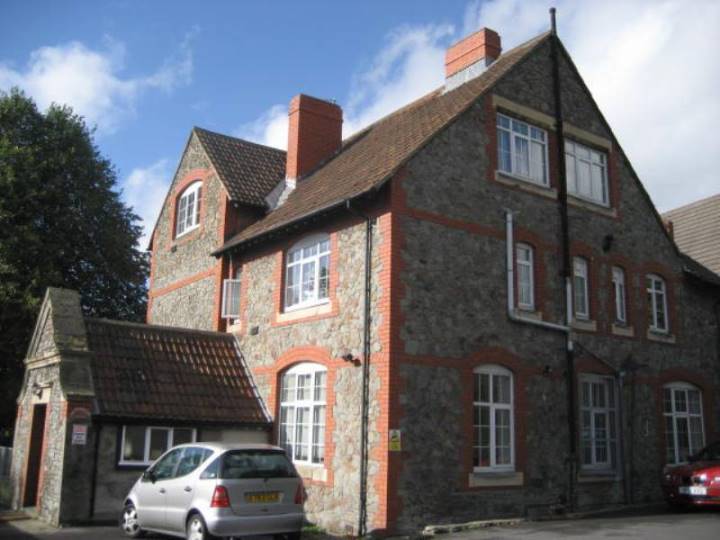 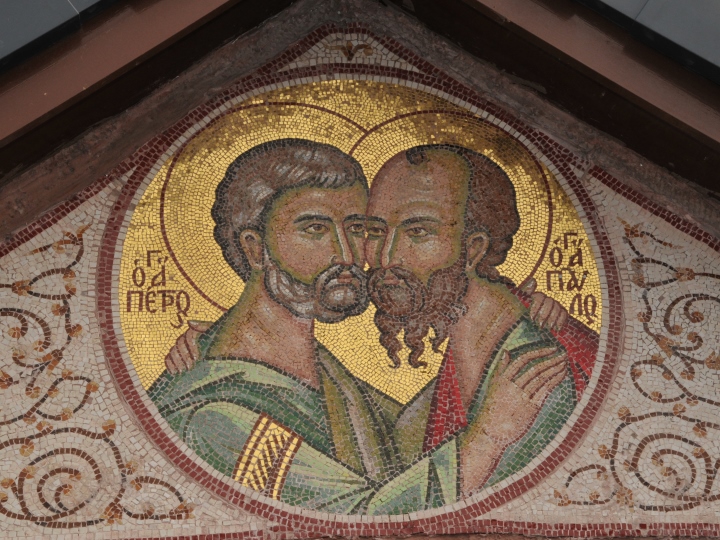 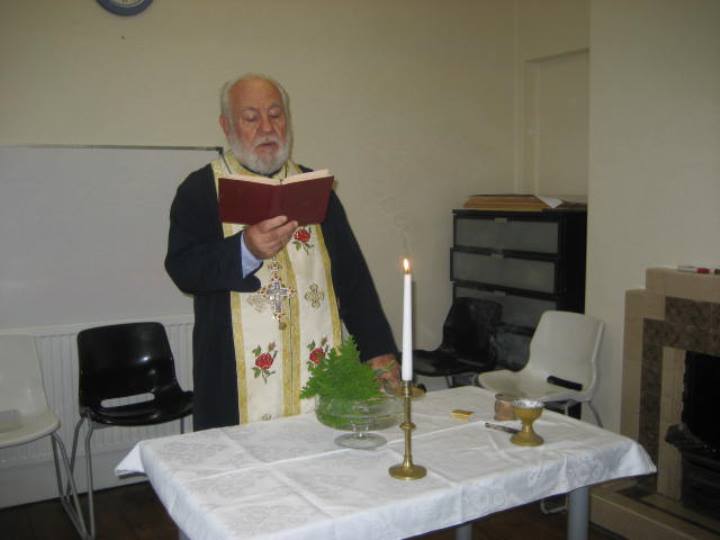 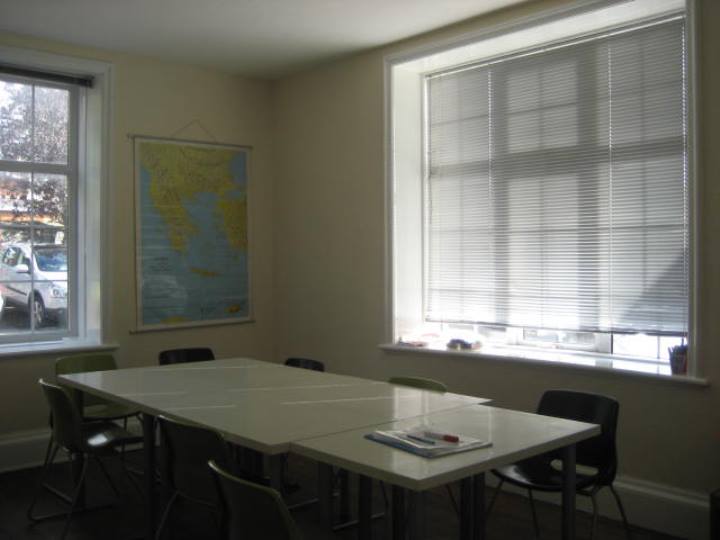 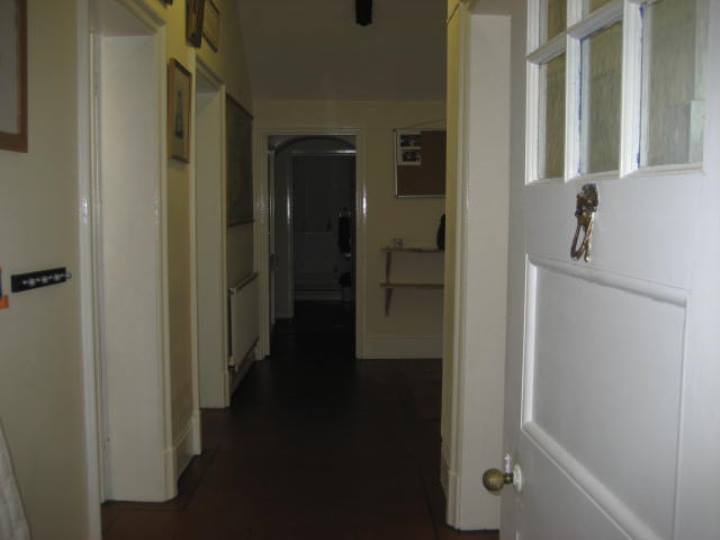 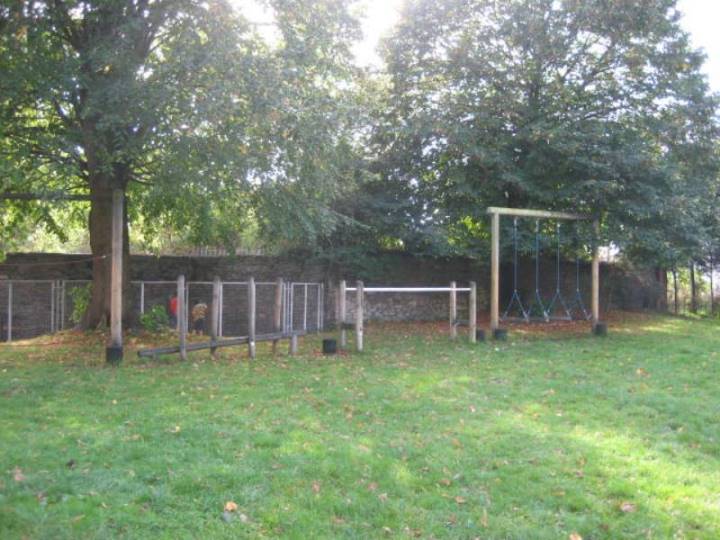